Today, however, I saw a news release for an oil & gas company that reminded me of WHY.  Perisson Petroleum Corporation (TSXV:POG) claims that they have an MOU with Lan Cheng Limited, a private investment fund comprise of "a network of wealthy individuals, associated institutions and private equity groups which invest in large diverse projects on a project-by-project basis."  Under the MOU, Lan Chen will invest US$50M to acquire 4.9% of Perisson's shares at a price of USD$1.0946 per share.

Hahahahaha, sure!!!  Unless Lan Cheng consists of a network of bleeping morons looking to part with their money or they confused USD with CNY in the MOU, this is preposterous.  The shares were trading at $0.07 when this supposed financing was announced.  Why would any investor pay 20 times the market price?  As we saw with WHY, they don't.

Why fabricate such ridiculous news?  Take a look at the chart below.  Volume on POG suddenly spiked on August 10 with 1.9 million shares traded.  Another 1.9M share spike took place on August 20.  Rather suspicious trading activity given that the news release about this miraculous financing came out on August 21!  Sure looks like a good old pump and dump job to me.

This deal would imply that Perisson is worth US$1.02 billion.  Sure.  This is a company that deliberately reduced its share price to pennies earlier this year by doing a 10 for 1 stock split that increased the shares outstanding to 888 million.  The same company that couldn't file audited 2017 financials on time "due to an unexpected and critical business trip overseas involving management of the Corporation that has extended far longer than expected (for the arrangement of arranging critical financing and conducting due diligence on the Corporation’s previously announced Kazakhstan oil field acquisition."

Perisson has a fancy website that quotes Confuscious and waxes poetic.  Who needs information on mundane things like management and directors, strategy, and news releases on a website when you have cool messages like this one... 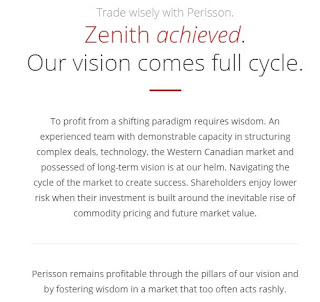 It is tough to figure out what Perisson even is or wants to be.  Oil in gas in Alberta...no, Manitoba...no, Colombia...no, Kazakhstan.  If all those fail (which, it appears, they have), why not strive for a global integrated oil & gas company?

In June 2018, Perisson announced a non-binding MOU to acquire a controlling interest in a Chinese refinery named Hebei Xinquan Petrochemical Co.  The transaction was expected to close in July (oops, almost September now).  Hopefully that closes soon, as it sounds important.  Per the June 4, 2018, news release on the deal, "the Xinquan Refinery will represent a key step in Perisson’s long term plan to become an integrated global oil and gas company." 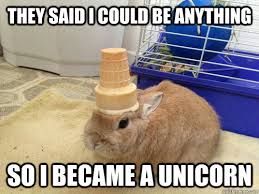 Going through the news releases on SEDAR, it becomes very clear that Perisson's past is littered with bogus claims about transformative deals and large financings.  A $20M convertible debenture financing with a 12% coupon was mentioned in February 2018 only to come in at $3M with a credit-card like 18% coupon in April 2018 (and this looks like it was subsequently made convertible at $0.05/share).  Back on December 7, 2016, Perisson stated that it was "approaching closing of its previously announced private placement in the amount of CDN$10 million in secured convertible debentures and has increased the maximum amount of the financing from CDN $10 million to CDN$50 million."  The $50M was never raised, nor was the $10M that sounded like it was firm.

Sadly, there doesn't seem to be any accountability for "fake news" in the junior stock world.  POG shares were halted a week after the obviously bogus financing news was released and the halt was only because the stock shot up to $0.29.  Trading resumed after a clarifying news release, which didn't clarify much.  Let the dumping resume! 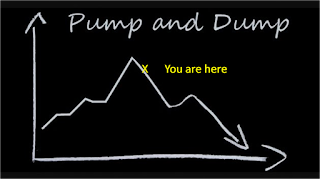