My simple quantitative approach to spec stocks like Garibaldi

I came across an interesting video of Eric Sprott recently.  Eric is a legend in the mining sector and I respect his knowledge and work ethic.  Eric has also been one of the supporters of Garibaldi Resources (TSXV:GGI), a company that has received significant scrutiny on this blog, IKN, and the Angry Geologist.  So, you would think that I disagree with Eric Sprott on Garibaldi.  However, that is not the case.

In the video, Eric indicates that he is looking for 10 and 20 baggers.  We all love those, don't we?  Eric has had a lot of them in his lifetime and is much wealthier than most of the rest of us.  Let's be clear, however, that investing in these types of stocks is probably not a core investment strategy.  I'm sure that Eric has also invested in many such stocks and lost money.  He is in the fortunate position that it won't have much of an impact on his overall wealth or quality of life.  My guess is that some investors in stocks like Garibaldi and Novo Resources (TSXV:NNO) have way more exposure in their portfolio to these stocks than they should.  That is fine if they bought early (high risk, high reward) and dangerous if they bought later (high risk, low reward).

Could Garibaldi have a world class discovery that is ultimately worth billions?  Sure.  The nickel grades are unusually high and large areas are yet to be tested.  Yet, it is a quantum leap to assume that this translates into a high probability of a world class discovery.  As highlighted by the Angry Geologist, the truth machine (aka the drill rig) has so far only uncovered relatively discrete zones of massive sulphide mineralization.

Rather than me getting into a pissing contest with guys like Eric Sprott, which I'd prefer not to, let's have some fun with numbers to analyze Garibaldi.  My suggestion is that you plug in your own assumptions to come up with your own values.


Based on this calculation, GGI shares would theoretically be attractive if trading below $2.27 per share.  Personally, I wouldn't put more than 1% of my portfolio value into such a speculative position.  I'm picking numbers out of the air here, which leads to a wide margin of error, but I think the exercise is an important one to guide investment behaviour.  The odds of GGI going back to $0.42 per share (i.e. $50M/1.2M shares) seem far, far greater than the odds of the share price going to $37.50 (i.e., $4.5B/1.2M).  Like I mentioned in an earlier blog post, this is analogous to a lottery ticket or any game of chance.  The odds are that you will lose.  If you still want to invest, try to get the odds on your side and don't risk too much on these speculative investments.  You shouldn't be losing any sleep at night.

My view on GGI is that shares will drift now that the most significant drill results have been released.  Hole 14 was rushed through the lab, implying that holes 10 to 13 were less impressive, which would also explain why they have not been promoted by Garibaldi.  Winter weather has set in and we probably won't see more drill assays, other than holes 10-13, for another six months.  That is a long time to wait to get the next batch of evidence to see if the E&L deposit might be world class or not.  So, if you think Garibaldi might be onto something potentially world class, then make your assumptions and do this simple probability weighted value calculation to pick your entry point.

It is also important to change your assumptions based on new data.  Unless you are lucky enough to possess reliable intuitive skills for spotting winners, I believe data is important and your friend when it comes to investing.  That is why this blog and others jumped on Garibaldi initially.  Stating mineralized intervals and posting selective pictures of core samples was misleading and clearly fooled some investors.  It also set a disclosure precedent that other companies like New Nadina (TSXV:NNA) started following.  Assays don't lie or exaggerate.  People do.

Do your own due diligence, make your own assumptions, and good luck! 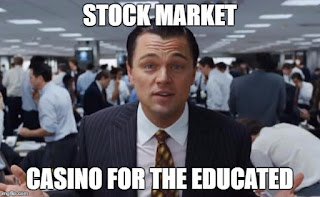