It has almost been a month since West High Yield (TSXV:WHY) announced its ridiculous deal to sell its mining assets for $750 million USD (link).  The first and most obvious thing that didn't add up on this deal was the astronomical valuation, USD$750M for a CAD$21M market cap company by a Maryland corporation with no apparent business or history.  Digging a little deeper, the purchase and sale agreement made no sense and was impossible to execute and the purchaser's law firm, Baker Mackenzie, has no knowledge of the deal.  While the WHY news release refers to the sale of the Record Ridge South and O.K. Mineral Assets, the purchase and sale agreement requires WHY to deliver 100% of the corporation's shares, which is impossible for a publicly traded company.  The purchase and sale agreement also requires take or pay agreements to be put in place before the closing date, although it doesn't specify what or how much.  Minor detail, I guess!

The size of the deal and the dubious aspects of it have drawn attention from Bloomberg and now the Washington Post has run a new story with Bloomberg that also questions the likelihood of a deal this size in the magnesium space (link).  This whole thing is like a bad movie plot unfolding.  It's so bad that you should stop watching, but then its SOOO bad that you have to watch it to see what happens next and how it ends.  The other enlightening sideshow is how there continue to be gullible posters on stock boards who believe this deal is real despite all the evidence to the contrary. 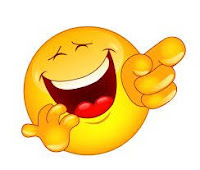 The thing I'm still trying to figure out is what the hell were these guys thinking when they announced such a preposterous deal.  Was WHY's CEO, Frank Marasco, naive enough to believe he had a legitimate transaction or is he in on it?  Profit is always the motive in scams, so the only motivation that I can think of is that somebody was hoping to unload a lot of shares into the market on the back of this deal announcement.  The stock was halted by the ASC shortly after the transaction was announced with no news from the company, so that plan, if it was the case, was foiled by the regulators.  Maybe if they had claimed that the deal was for $75M and not $750M they would have got away with it.

According to the purchase and sale agreement, a USD$500,000 non-refundable deposit is due 30 days after the date of the purchase agreement, which is dated October 5, 2017.  Will WHY receive the deposit this weekend?  I'd say the odds are about as good as me winning the lottery...and I didn't buy a ticket!
at November 03, 2017